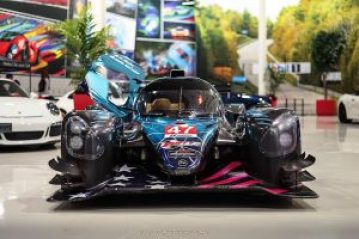 With huge support from fans and sponsors attending the recent Super Car Day at Paddock Motor Club (Toronto, Canada) with Gianmarco, the event was able to generate a significant budget toward an LMP3 race seat with Forty7 Motorsport, for which both parties are very grateful.

Additionally, Gianmarco would also like to extend his thanks to the Paddock Motor Club for the event space – a perfect ambience. Also to Forty7 Motorsport for transporting the race car from New Jersey to Toronto, and Samantha Borges for her great attention to detail in the planning support for the event.

Additionally, we would also like to extend our gratitude to the Paddock Motor Club for the event space – a perfect ambiance, Forty7 Motorsport for transporting the race car from New Jersey to Toronto, and Samantha Borges for her great attention to detail in her planning support of the event.

The initial plan was for Raimondo to compete in the Michelin Sportscar Encore on Nov 9-11 at Sebring International Raceway, FL. However, a recent announcement revealed that mainstream TV coverage will not be available from the event.Furthermore, the series has decreed the event to be a non-championship race. As a result, both Forty7 and Gianmarco felt the race was lessened in both profile and potential value for the team and sponsors, so reluctantly decided not to enter.

“A 4 hour endurance race with roughly 6 LMP3 cars is not the best use of our funding and hard work from the very successful Super Car Day.” Raimondo says. “Also it is near impossible to get any additional sponsors on board for a race that isn’t broadcast on mainstream TV. If this had been stated when the race was introduced as an option for LMP3 cars, we would have changed our direction.”

As a result of their decision, Gianmarco and Forty7 are switching their focus to the Championship races in 2019. The Roar Before the 24 is Raimondo’s first consideration as this 3 hour race in Daytona is the first race of the year, starting as early as January 4-6, 2019. Once a programme has been finalised, all supporters will be kept up to date!

Raimondo mentions “I would like to thank everyone who came to Super Car Day, but also apologise as we were mainly focussed on the Michelin Encore in Sebring and people came to support me for that race and now our first race is not going to happen until a few months later. In the end, I would like people to see the race they helped me secure and I feel the TV package for that is extremely important.”

Raimondo, excited to get behind the wheel, continues to work on finalizing plans for the 2019 season. “The off season for me has been longer than others and training to do something that isn’t 100% secure is a challenge. However, knowing that I will race in 2019 is such an amazing feeling! I feel confident directing my energy toward the marketing aspect of my racing, knowing that I have secured a seat for 2019.” 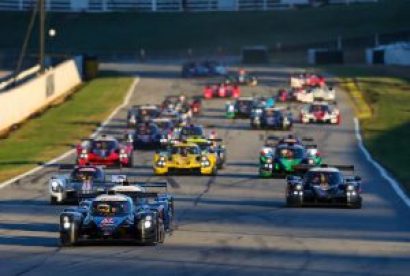 With the 2018 season now at an end, you can find information on the 2019 season at https://prototypechallenge.imsa.com.