July 14, 2017. – Gianmarco Raimondo prepares for his debut in the Toronto Indy with the Ultra94 Porsche GT3 Cup Canada Challenge by Yokohama.

Back on the racing calendar for 2017, Gianmarco Raimondo will be gearing  up to run in the Gold category Porsche GT3 Cup car by Quebec’s GT Racing 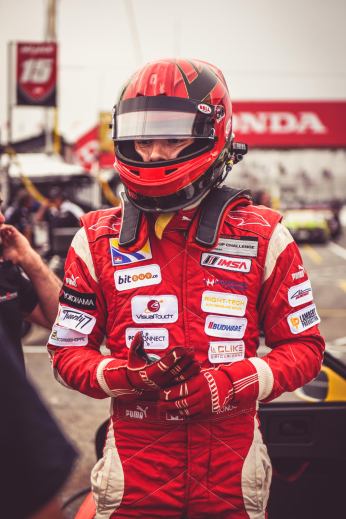 Team. Raimondo has never driven this car before nor on the streets of Toronto! The race is set to take place on the 2.89 kilometer, 11 turn temporary street circuit.

“This race will be a challenge as a street race is very unforgiving. It’s lined with barriers so there is no runoff space for safety like a typical race track. There is little to no consistency on track when it comes to things like paving and corners,having said that, the road courses are clearly more dangerous with no room for error. We have to be on our game to bring the car home and strive for that podium”.

Thanks to a last minute fundraiser hosted by the Mississauga based social club, Twenty7, 26 year old Gianmarco Raimondo has gathered enough last minute investments and sponsorship to support him on his final push to enter himself in the 31st edition of the prestigious Toronto Indy race.

“The demographic of this race matches our sponsors clientele perfectly and willgive them a lot of visibility since the track lines the Harbour Front and Entertainment District of Toronto’s Downtown City Centre making it pretty hard to miss.” 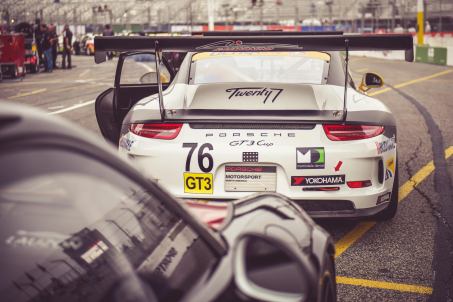 Running as a support race for IndyCar, the GT3 Cup gains a lot of publicity for  business owners in the GTA. More specifically for those who would like exposure within the Toronto community to build their brand on various media  platforms.

This race will be the closest to home for Gianmarco, native to Canada from St. Catherine’s, Ontario. Until now, he has been competing internationally titling himself as the first Canadian to race GP2 in Abu Dhabi and Singapore as well as claiming Europe’s Vice Champion title in F3. This home race will bring him back to his biggest fans and loyal supporters.

“Toronto will be very exciting for us, as I’ve attended this race multiple times as a spectator and now having the privilege to race it will be very special to me, my team, and my sponsors”. 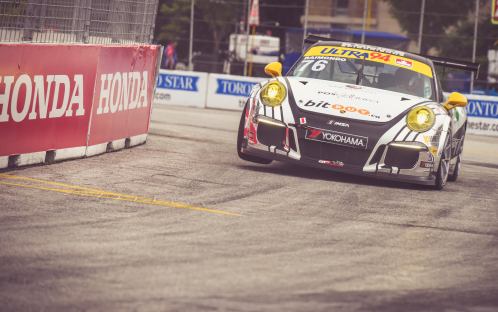 “First session was  very positive, I had a great feel for the car and the team. I’m hoping the weather stays somewhat consistent so we can work on improving the car and our results.”

On his first run through in an unfamiliar car and track, Raimondo finds himself mid pack of the entire field. He lies only three tenths of a second behind the leader of his class and those who are midway through the Porsche GT3 season. Off the bat they are competitive and eager for success in their season’s first race!

Available photos are rights-free for editorial use without further authorization and high resolutions formats are available on demand.